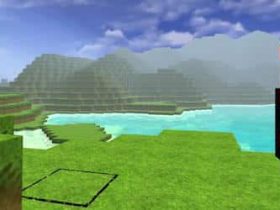 UCraft mining toward Beta on Wii U this July

Absence makes the heart grow fonder, but we’ve been awaiting Nintendo’s return to the Metroid series since Other M released nearly four years ago.

Well, prepare for positive news as Nintendo’s Shinya Takahashi has revealed that they have begun internal discussions regarding Metroid’s return, and that they are looking to cater to both 2D and 3D styles of play.

“So it has been a while since we released the last one and we’re having discussions internally about what we can do next,” Takahashi discussed with Kotaku.

Asked as to whether they preferred the traditional 2D or modern Prime style, Takahashi responded: “I like them both. They both have a different style of appeal.” While Shigeru Miyamoto though slightly differently: “I have the New Super Mario Bros. series [for 2D], so I like Prime. I think there’s still a lot of new things that could be done with the Prime series.”