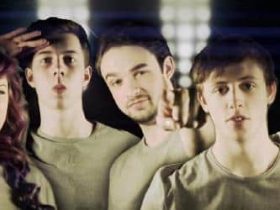 Nintendo to exhibit at London’s Legends of Gaming LIVE 2015

Nintendo have announced that Mario Kart 7 will release across Europe on November 18th, and North America on December 4th.

Additionally, it has also been revealed that the Nintendo 3DS title will include an optional first-person driving mode in which the player will be able to control their kart using the gyro sensor. New playable characters are also set to make an appearance, incorporating Lakitu and Metal Mario, and the tricks system first seen in Mario Kart Wii will also return.

You can catch the latest trailer for the game below: