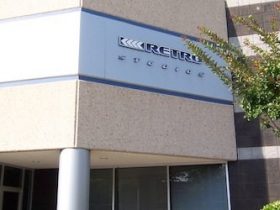 As confirmed back in January, Nintendo have returned to profitability in relation to Net and Ordinary Income.

Such news was made alongside the company announcing their financial results for the fiscal year ending March 31st 2013 today, yet reveals that their Operating Income remained negative.

It’s the poor sales performance of the Wii U where concern can largely be placed, 3.45 million hardware units having been sold since the console launched across the globe late last year. The issue being, that it was during 2012 that most of those sales had been achieved.

Nintendo appears hopeful that they can turn things around, projecting that they’ll sell 9 million systems within the next financial year due to delivering key franchise instalments to the console – Mario Kart, Super Mario Bros., Wii Fit, Pikmin and The Legend of Zelda.

The Nintendo 3DS continues to dominate the dedicated handheld arena, which will largely be supported by flagship releases such as Pokémon X and Y, Mario & Luigi: Dream Team Bros., Animal Crossing: New Leaf, and The Legend of Zelda: A Link to the Past successor.

The Nintendo 3DS install base now sits at a healthy 31.09 million units worldwide, with 13.95 million units having been sold within the past year.