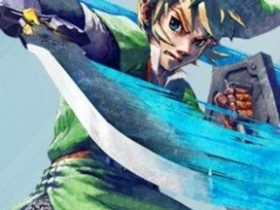 The Legend of Zelda: Skyward Sword receives a duo of new trailers

It’s time to go head to head! Nintendo and The Pokémon Company have announced that they are to hold the first ever Pokémon Online Tournament.

To be known as the Pokémon Autumn Friendly, it is due to be held between October 20th – 23rd with free registration becoming available shortly prior to this on October 12th – 19th. To register. To do so, you’ll have to head to the Pokémon Global Link website.

As always, there are a number of rules and restrictions that you should be aware of to play within the tournament. Only Unova region Pokémon may be used (that’s those within Pokémon Black and White), with no legendary Pokémon allowed. You’ll be battling in Doubles mode, and for those with Pokémon above level 51, these will be reduced during the tournament to level 50. You will need 4 to 6 Pokémon within your Battle Box for the competition.

The tournament is to take place within the Pokémon Global Battle Union, although The Pokémon Company are keen to state that participants will not be instantly qualified for the Pokémon World Championship 2012. However, the overall winer will receive the coveted title of Pokémon Autumn Friend Champion.