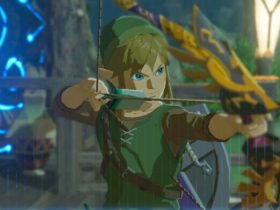 Tips On How To Take Selfies In The Legend Of Zelda: Breath Of The Wild

In a brief press release, Nintendo has announced that it is working in collaboration with Tencent to release the Nintendo Switch in China.

Ever since the country lifted a decade-long ban on game console sales, Nintendo’s shareholders have repeatedly asked about the company’s plans to expand into the Chinese market.

We had previously heard that it would “not be easy” to achieve, as well as an explanation that they would be unable to without partnering with another company.

“As we announced today, a collaboration with Tencent to launch Nintendo Switch in China is in progress,” Nintendo president Shuntaro Furukawa explained in today’s financial results briefing.

“We expect to maximize our business in China by working with Tencent Holdings Limited, which holds one of the largest positions in China’s network communication and game markets. Since the launch timing is undetermined, we have not factored this business into our financial forecasts for this new fiscal year.”

It’s evident that they have now found a path forward, but, even so, it remains unclear as to exactly when Nintendo Switch will be on sale in China.