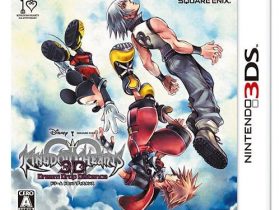 Nintendo of America have shared the television commercials that will push the company’s incoming jump into the toys-to-life category with amiibo.

As can be expected these largely serve to detail exactly how they interact with Super Smash Bros. for Wii U and Mario Kart 8, while presenting compatible games that they’ll work with next year – such as Captain Toad: Treasure Tracker, Kirby and the Rainbow Curse, Mario Party 10 and Yoshi’s Woolly World.

amiibo’s first wave of figures will launch in North America on November 21st and in Europe a week later on November 28th, shortly followed by the second wave in December. Plans to release the third and fourth waves early next year were recently announced, marking the arrival of Mega Man, Sonic, Toon Link, Meta Knight and Lucario, among others.