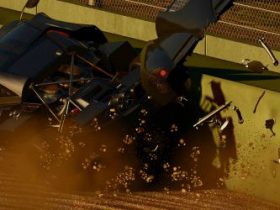 Project CARS “simply too much” for Wii U as development cancelled

Whilst Mario Kart 3D is promising to introduce new elements to the series, such as hang gliders and the ability to propel yourself underwater, Nintendo have revealed that they are they are hoping for the finalised game to feature competitive eight-player play via both local wireless and online.

Producer Hideki Konno, when queried as to whether Mario Kart 3D would feature online capabilities, explained “Of course! Our goal right now is to have the same number of players for both local wireless and multiplayer over wi-fi.”

However, the development team is currently working hard to ensure whether the game can handle a smooth 60 frames-per-second with eight players in both online and offline, as well as in both 2D and 3D.