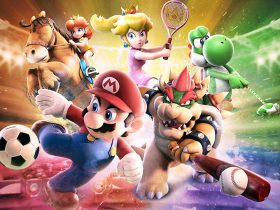 The Nintendo 3DS has today been treated to a new system update, version 9.3.0-21, which goes above and beyond system stability.

It introduces a ‘Shuffle Favourites’ feature, allowing the system to automatically rotate through any HOME Menu themes that you have selected as being your favourites. Software updates can now also be downloaded directly from the HOME Menu saving you having to load into the Nintendo eShop, and to take screenshots of both upper and lower screens can be taken (as already seen on Wii U).

Those with the New Nintendo 3DS / 3DS XL can also discover an amiibo setting menu, although this isn’t currently available on the previous models.

Main changes for version 9.3.0-21
* A Shuffle Favourites feature has been added under Change Theme in HOME Menu Settings. Users can choose multiple themes and have their theme change when the system is left in Sleep Mode from the HOME Menu or turned on after being off

* Available software updates can now be downloaded from the HOME Menu