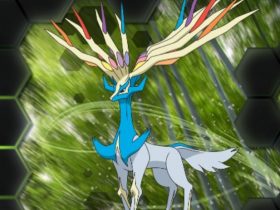 Shiny Xerneas And Yveltal Will Be Distributed At Gamescom 2016

Japanese sales throughout the past week have seen the Nintendo 3DS install base surpass that achieved by the Wii, according to the latest Media Create figures.

Having launched in Nintendo’s home country on 26th February 2011, the handheld’s early months were troubled but over the past year has seen renewed success through key first and third-party software such as Animal Crossing: New Leaf, New Super Mario Bros. 2, and, most recently, Monster Hunter 4. In contrast, the Wii has been sat at retail for longer since the console’s Japanese launch back on 2nd December 2006.

3DS hardware sales now sit at 12,752,731 units, now slightly eclipsing the 12,698,878 Wii owners across the country. That’s an impressive turnaround in itself, even though Japanese consumers are traditionally seen to be more drawn toward the handheld market.