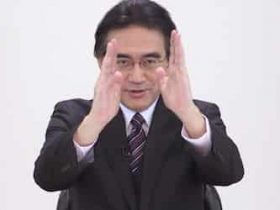 Nintendo of America have confirmed launch week sales for the Nintendo 3DS across the United States, revealing that “after only one week on sale following its March 27 launch, Nintendo 3DS sold just shy of 400,000 units.”

Such a figure is lower than that predicted by analysts ahead of launch, with expectations for sales reaching between 500,000 – 750,000. US Sales analyst NPD added that the Nintendo 3DS sold “roughly 100,000 fewer units in launch week than the DS did in November 2004,” suggesting that sales reached a figure of around 380,000 units.

“The 3DS launch compares quite favourably to that of the best-selling dedicated handheld gaming platform of all time, the Nintendo DS,” notes NPD analyst Anita Frazier. “While the 3DS sold about 100K units less than the DS did in its launch month, we must consider that the DS launched in November and had holiday seasonality and a price differential of about $100.”

She continues, “Because of the price differential, the 3DS generated greater revenues than did the DS in its launch month in November 2004. In addition, the 3DS was launched in an environment where there are more devices that can support the portable gaming experience such as tablets and smartphones.”