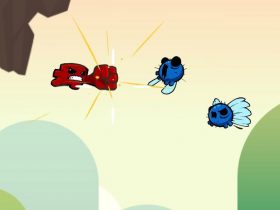 Nintendo of America has announced that they will broadcast a new Nindies Showcase Summer 2017 video presentation this week.

That will air at 10am PT / 1pm ET / 6pm BST / 7pm CEST on Wednesday 30th August, and our only clue is that it is set to highlight “multiple indie games” that will see release on Nintendo Switch. But, you may remember that a similar presentation happened just before the console launched.

This comes just before the activities that Nintendo of America has planned around PAX West, that will see the [email protected] event return on Thursday 31st August at the Museum of Pop Culture (MoPOP) in Seattle. The event, which is open to the public, will let attendees speak to developers and check out unreleased indie games that are releasing on Nintendo Switch.

Then, there will be the Nindie Arcade at PAX West. This will be set up at the Washington State Convention Center on the third floor in room 3B, with attendees invited “to play great games and chat with the developers who created them.” It will be open from 12 – 9pm between Friday 1st – Sunday 3rd September, and 12 – 6pm on Monday 4th September.