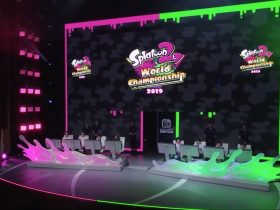 GameMill Entertainment and Bamtang Games have revealed that Nickelodeon Kart Racers 2: Grand Prix is coming to Nintendo Switch this October.

This kart racing sequel will let you choose from 30 playable characters and 70 companion characters from your favourite Nickelodeon series such as dance and music sensation JoJo Siwa, SpongeBob SquarePants, the Teenage Mutant Ninja Turtles, Korra from The Legend of Korra, Invader Zim, Hey Arnold!, the Rugrats crew, Lincoln of The Loud House and more.

With 28 “new and reimagined” tracks to race around, two arenas and customisable karts with multiple power-ups and special attacks, you will also be able to compete against up to eight players in online multiplayer or with up to four players in local multiplayer.

Nickelodeon Kart Racers 2: Grand Prix will release at retail and on the Nintendo eShop for Nintendo Switch worldwide in October 2020.