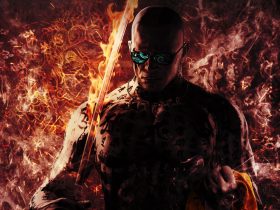 Within the preview for their next issue, Japanese magazine Corocoro Comics has confirmed that they are set to unveil a new Pokémon set to appear within Pokémon Black Version 2 and Pokémon White Version 2.

Last week saw the first snippets of information regarding characters and locations within the game surface, as well as a debut trailer.

Corocoro Comics’ next issue is set to go on sale on May 15th, although subscribers usually leak its contents a few days earlier.