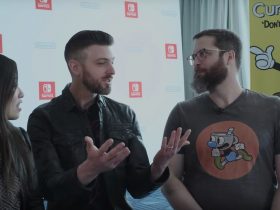 Nintendo of America has announced a new Nintendo Switch bundle that you can buy from next month, perfect for those looking to pick up the portable home console as the holidays fast approach.

Exclusive to Walmart in North America, you can expect to find the Nintendo Switch bundle in stores from Wednesday 5th September where it will be priced at $359.99.

It is surely part of Nintendo’s efforts to maintain the strong momentum that is behind the portable home console, with Super Mario Party, Pokémon: Let’s Go, Pikachu! and Let’s Go, Eevee! and Super Smash Bros. Ultimate to release in the coming months.