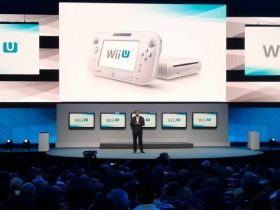 Nintendo Working On An “Effective Transition” To Nintendo NX

Nintendo have provided further details regarding the selection of modes to be available within New Super Mario Bros. U.

First up is Challenge Mode, that sees players tasked with completing certain objectives, such as clearing a course without obtaining a single coin or touching the ground. There are four single-player Challenge categories, which include Time Attack, Coin Collection, 1-Up Rally and Special, with further Boost Mode Challenges requiring two players. Once any Challenge is completed, the game will save a replay so that you can share your skills and prowess with friends.

Next is Coin Battle, which allows up to four players to make their way through any course as they compete to see which of them can collect the most coins. If a player uses the Wii U GamePad, they can place Boost Blocks to help others reach hard-to-reach coins, and may also edit and customise the coin layout within specific courses.

New Super Mario Bros. U is the first side-scrolling Mario title since 1992’s Super Mario World to include a seamless World Map, with named worlds and courses as well as secret exits and shortcuts. Along the way, a creature named Nabbit may appear at any course marker, and players must catch the Nabbit to recover items that have been stolen from Toad.

If successful, players receive a P-Acorn that will allow them to fly continuously through an entire stage, with Nabbit the only method of obtaining these.

New Super Mario Bros. U will launch alongside the Wii U on November 18th in North America, and November 30th in Europe.