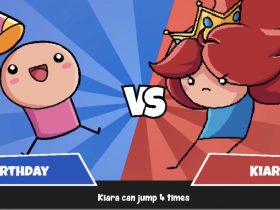 Crumple Your Opponents In King Of The Hat On Nintendo Switch

Dotemu, Lizardcube and Guard Crush Games have released a new trailer for Streets of Rage 4 that explores the upcoming game’s art direction.

This sees Lizardcube art and creative director Ben Fiquet and lead background artist Julian Nguyen You talk about the bustling city that they have created using “a bold style emphasising linework and movement.”

Streets of Rage 4 will release on the Nintendo eShop for Nintendo Switch worldwide in the first half of 2020.