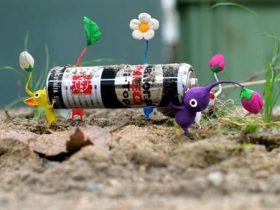 Chronicles offers players the opportunity to play with up to four player characters that are dispersed across the battlefield, with the ability to freely switch between them all at will. Missions will require you to navigate extensive battlefields, so such a feature will soon become a necessity although doing so efficiently will be a true challenge of player skill in clinching a victorious battle.

Additional downloadable stages are due to be available after release, with further functionality being offered through the Nintendo 3DS’ StreetPass feature in which you will be able to battle other players to gain new weapons and items.

Samurai Warriors: Chronicles is due to release exclusively for the Nintendo 3DS.

You can catch the trailer, and numerous screenshots, below: