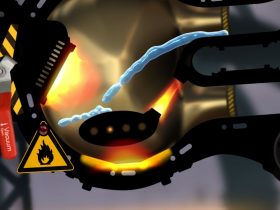 With Brno, Circuit de Spa-Francorchamps and Sonoma Raceway being the latest tracks that Bandai Namco Games have revealed for Project CARS, a new trailer now takes us for a spin around the locations that you’d speed around.

Pitched as being “the ultimate driver journey,” the racing simulator from Slightly Mad Studios will boast over 30 locations from around the world – reportedly being one of the largest track lists in the genre in recent years.

Project CARS will release for Wii U later this year.