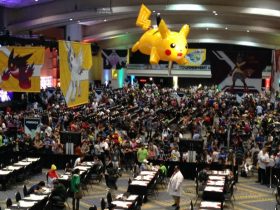 Warner Bros. Pictures, Legendary, and The Pokémon Company have released a new trailer for the Pokémon: Detective Pikachu movie.

In Pokémon: Detective Pikachu, the story begins when ace private eye Harry Goodman goes mysteriously missing, prompting his 21-year-old son Tim to find out what happened. Aiding in the investigation is Harry’s former Pokémon partner, Detective Pikachu – a hilariously wise-cracking, adorable super-sleuth who is a puzzlement even to himself.