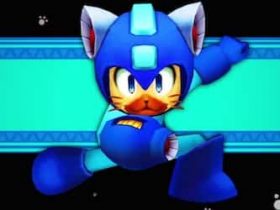 Nintendo have announced that they will launch upgraded models of their Nintendo 3DS and larger 3DS XL.

Announced by Satoru Iwata in today’s Nintendo Direct, the aptly-titled “New Nintendo 3DS” and “New Nintendo 3DS XL” add a C-button to allow dual analogue controls, ZL and ZR buttons, and built-in NFC support. An enhanced screen will allow the stereoscopic 3D effect to be viewed from a wider angle range, with improved CPU and wireless functionality carrying it beyond the capabilities of its predecessors.

The New Nintendo 3DS and New Nintendo 3DS XL will release across Japan on October 10th priced at 16,000 and 18,800 yen respectively, although Nintendo UK have confirmed to Eurogamer that they won’t make their way westward until 2015.