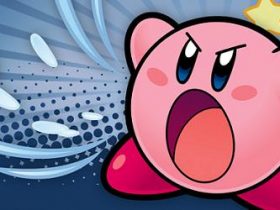 This also saw the publisher share news of a 1960’s Batman mode that will be voiced by legendary actor Adam West, who will also appear as himself within the latest LEGO adventure. New playable characters were also confirmed, such as Arkillo, Blue Beetle, Booster Gold, Hawkman, Krypto, and Mr. Mxyzptlk.

LEGO Batman 3: Beyond Gotham will release for Wii U and 3DS across North America and Europe this autumn.