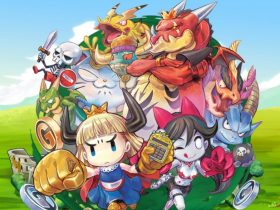 We saw Surfing Pikachu in action and were told that HMs have been removed, but Game Freak director Junichi Masuda had even more to share about Pokémon Let’s GO, Pikachu! and Pokémon Let’s GO, Eevee! on Pokénchi this weekend.

Within the new gameplay footage that was shown on the Japanese variety show, Serebii reports that Eevee was seen using a new Fire-type move called Flare Burn in battle while Pikachu used a new Water-type move called Splash Surf, with which it leapt on a surfboard to drench Geodude.

These are the direct translations from the Japanese text, and, therefore, could be subject to change in the English localisation – something that we will keep you posted on whenever that news is shared.