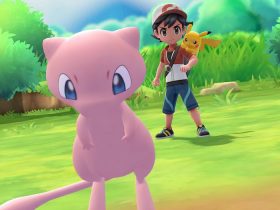 Mew Awaits You Inside The Poké Ball Plus

Square Enix has released a new trailer for Final Fantasy X/X-2 HD Remaster, that invites you to return to the magical world of Spira.

Final Fantasy X follows the story of superstar Blitzball player Tidus, whose fate becomes intertwined with the young summoner Yuna as she sets out on a pilgrimage to save the world of Spira from an endless cycle of destruction.

And then Final Fantasy X-2 returns players to Spira two years later. When Yuna is shown a mysterious but familiar image in a sphere, she becomes a Sphere Hunter and, with her companions Rikku and Paine, travel the world to uncover answers to the mystery within.