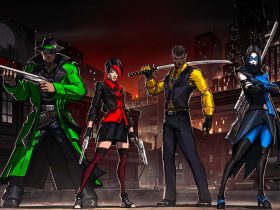 At Sundown: Shots In The Dark Releases On Nintendo Switch Next Week