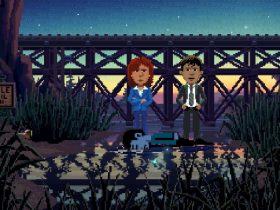 Ignore A Dead Boy In Thimbleweed Park On Nintendo Switch

Bethesda Softworks and id Software have released a new trailer for DOOM Eternal, showing the rampage that you will set out on in the epic single-player campaign.

The direct sequel to DOOM is set to an all-new pulse-pounding soundtrack composed by Mick Gordon, and will see players return to take their vengeance against the forces of Hell and Heaven as the DOOM Slayer.

With the developer promising to deliver “the ultimate combination of speed and power with the next leap in push-forward, first-person combat,” you will fight across dimensions as you slay the demon hordes with powerful weapons and abilities.

DOOM Eternal will release for PlayStation 4, Xbox One, and PC worldwide on 20th March 2020, with the Nintendo Switch version to “release after the other platforms.”