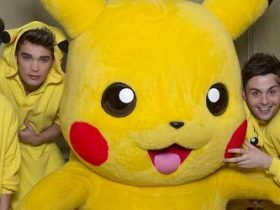 This takes a look at highlights from the Toy Box Summit 2014 hosted at Avalanche Software’s studio in Salt Lake City, as they talk to all the artists that were lucky enough to attend. While we can also take a sneak peek at Disney’s plucky Donald Duck, who is the most recent character announced for the game. John is also nominated by Mickey Mouse for the ALS Ice Bucket Challenge, so enjoy seeing how he reacts to the wave of cold water!

Disney Infinity 2.0: Marvel Super Heroes will release for Wii U across Europe on September 19th, and in North America on September 23rd.