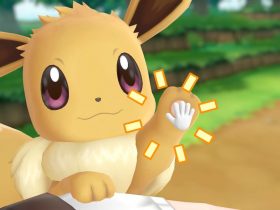 This demonstrates the Creature Core system, which will let you upgrade and customise your horseman’s skills in battle.

While both characters start with a variety of different attacks, the Creature Cores that you collect after slaying enemies and bosses – or exchanged for souls at Vulgrim’s store – can unlock access to more devastating powers.

That could see you increase your attack power, add a lava trail to your dashes, or even have the chance to spawn a hellhound whenever you attack.

The top-down action-adventure game has both local and online co-op, and will introduce the horseman Strife for the first time.

Set before the events of Darksiders Warmastered Edition, it will see both War and Strife challenged to defeat Lucifer – who plots to grant power to master demons throughout Hell.