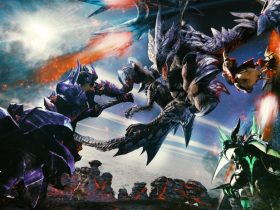 This week’s issue of Japanese gaming magazine Famitsu has the exclusive reveal on Capcom’s next Ace Attorney title, to be named as Dai Gyakuten Saiban: Ryuunosuke Naruhodou no Bouken.

Destined for the 3DS, it will take place during Japan’s Meiji era and will star Ryuunosuke Naruhodou, Ryuuichi Naruhodou’s (Phoenix Wright) ancestor.

The move perhaps takes a leaf out of Professor Layton vs. Phoenix Wright: Ace Attorney, in which the defense attorney finds himself transported to a medieval city where the usual technological advances weren’t available to him.