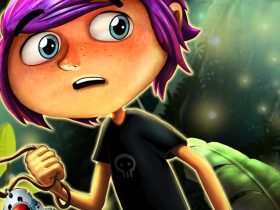 Skybound Games and Beamdog have revealed when Neverwinter Nights: Enhanced Edition will release on Nintendo Switch.

The classic Dungeons & Dragons fantasy role-playing game was named the 2002 Computer RPG of the Year, and comes to the portable home console with all downloadable content as well as co-op and online multiplayer.

“It’s such a pleasure to celebrate the 20th anniversary of one of the most legendary RPGs of all time, the original Baldur’s Gate, as well as the iconic games it inspired, by bringing these special enhanced editions to a new generation of players and platforms,” explains Skybound Games CEO Ian Howe.

“It’s been nearly two decades since Baldur’s Gate was born from a D&D campaign between me and the game’s co-creators,” adds Beamdog CEO Trent Oster.

“The longevity of this series and the games that followed has been both humbling and rewarding. Our team is thrilled to continue that tradition by finally making this wealth of amazing storytelling and gameplay available to everyone on modern consoles.”

Neverwinter Nights: Enhanced Edition will release at retail and on the Nintendo eShop for Nintendo Switch in North America on December 3rd and in other territories on December 6th, priced at $49.99.