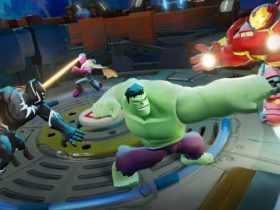 Following an early leak by online retailer ShopTo.net yesterday, Electronic Arts have today formally announced that they are to release Need for Speed The Run in November.

Currently being developed by Black Box, this latest entry within the popular racing series will see players on a heart-pounding cross-country race from San Francisco to New York, as you find yourself lured into an underground world of illicit, high-stakes racing.

“This is the year that Need for Speed goes to the next level,” said Jason DeLong, Executive Producer at EA. “We think that Need for Speed The Run is going to surprise people with its intense, thrilling story and big action feel. But the game would be nothing without hot cars and crazy-fast chases. So that is what we’re delivering – explosive racing that will have players flirting with disaster at 200-miles an hour.”

Additionally, Autolog, the Need for Speed franchise’s revolutionary social competition functionality, is back and will continue to reinvent how people play games, track career progression and compare game stats.

Need for Speed The Run is due to release in North America on November 15th, with a European release on November 17th. It’ll release for Wii and Nintendo 3DS, alongside Xbox 360, PlayStation 3, and PC versions.

You can catch the teaser trailer for the game below: