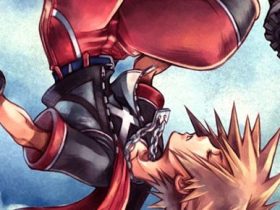 EA have today announced release dates for Criterion Games’ award-winning Need for Speed Most Wanted on Wii U.

Beyond the game’s original content, Wii U owners can look forward to bonus features available through use of the console’s GamePad.

An all new local co-operative mode, Co-Driver, sees one player driving with a Wii Remote or Wii U Pro Controller, whilst another uses the Wii U GamePad to provide control and navigation assistance through use of a fully interactive map.

This will allow your co-driver to distract pursuing cops, switch between day and night, activate enhanced performance options for any car, or even control the volume of traffic on the roads.

Players can also change their mods, switch cars, track milestones and uncover the city’s hidden gems whilst playing through use of the Wii U GamePad’s touch screen, which also grants the option to play the game off-screen.

Autolog 2 technology is introduced, automatically tracking and comparing race times and high scores with friends and players across the glove. Any Speed Points earned on Wii U will add to your existing total if you are playing the game on any of the other available platforms.

Need for Speed Most Wanted will release across North America on March 19th, and Europe on March 21st.