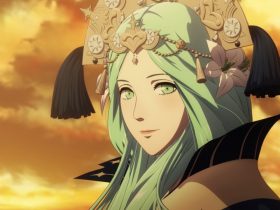 There isn’t a Naruto game out there that’s better than Naruto Shippuden: Ultimate Ninja Storm 4, and that’s been an established fact since it released back in 2016. Now, four years later, it’s now available on the Nintendo Switch complete with the Road to Boruto expansion and some small new features.

Before we talk about the quality of the port to the portable home console, let’s discuss Ultimate Ninja Storm 4 as a game. Naruto has had quite a few game adaptations in its history, but none have captured the feel of both the manga and anime quite as well as the Storm games have.

This is especially true of Ultimate Ninja Storm 4, which adapts the final chapters of the series in a big way. Finally getting to see Naruto vs Sasuke in a playable format was, and still is, absolutely incredible. The main story mode is easily the best in the series thanks to a much more breakneck pace than previous titles.

Ultimate Ninja Storm 4 also added a few different mechanics, such as being able to fight on walls during some story fights, and some horde-battle-esque moments. It’s all about the big spectacle fights here though, and developer CyberConnect2 absolutely nails it here.

Although the gameplay may seem like it just consists of mashing the attack button and occasionally throwing out a jutsu, there’s actually a lot more strategy involved than you might think. Knowing exactly when to use a substitution, chakra dash and more means that to actually get good at the game is going to take some practise.

The only thing that somewhat lets Ultimate Ninja Storm 4 down is its boring exploration elements. It simply consists of walking through areas from the show and talking to characters before getting into a fight. Considering how the first game in the series and other Naruto games have let you properly explore and have fun, this has always felt like a dull way of doing it.

I’m happy to report that all of this remains true in Ultimate Ninja Storm 4 on Nintendo Switch. All that was good and all that was slightly mediocre has been brought over to the portable console and it is a joy to behold.

A low-quality intro instantly made me panic about the quality of the port, but that’s just an anomaly thankfully. Ultimate Ninja Storm 4 on Nintendo Switch looks absolutely incredible all things considered, and hasn’t really taken too much of a downgrade from the original. Considering how fantastic the graphics are, it’s really impressive how well the port manages to transfer them over to a weaker machine. Obviously the original version still looks a little better, but the differences are genuinely pretty minuscule.

The only slight issue with the Nintendo Switch port is an occasional dip in frame rate when performing special moves or when things get especially chaotic. It doesn’t always happen, but when it does it can be a little bit annoying. It’s a fair trade-off for being able to play Ultimate Ninja Storm 4 on the go.

This version of the game also adds in a few cool little extras, although they are also being made available to purchase for players on other consoles. Kinshiki and Momoshiki from Road to Boruto are now fully playable characters, and adult skins are now available for most of the old cast.

The two new characters make the Boruto DLC feel a bit more complete and their attacks are pretty awesome too, although they aren’t the characters I’d have personally wanted in the game. Having adult skins for most of the cast is a nice feature, but the lack of an adult Konohamaru is a bit of a disappointment.

Naruto Shippuden: Ultimate Ninja Storm 4 Road To Boruto is just as fun now on the Nintendo Switch as it was back when it launched. It’s another impressive port for the portable home console’s library that doesn’t seem like it’ll ever slow down.