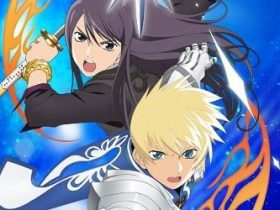 Namco: Tales series will release on Wii U if install base grows

In moving to unify the names of their overseas subsidiaries, Namco Bandai Japan have announced that they will now be known as Bandai Namco worldwide.

The change was confirmed during the company’s board of directors meeting, held on January 23rd last week. This will come into effect from April 1st, when the 31 subsidiaries of the company will all change their names from Namco Bandai to Bandai Namco.