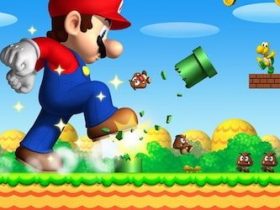 The game features a rather adorable looking dinosaur as its central character, that appears to affectionately go on the hunt for apples to munch on.

The reveal of its existence was accompanied by an official website, which currently only offers an assortment of screenshots which you can see below.

Little more has been shared regarding the game, other than that it is described by the publisher as involving eating, exploring and sleeping…!