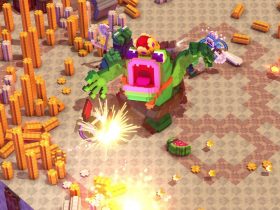 Klabater and Punch Punk Games have announced that This Is The Zodiac Speaking will release on Nintendo Switch.

This story-driven mystery thriller promised to deliver “a dark, fact-based single-player adventure,” and combines stealth and detective modes in the stylised world of California in the 1970s.

The game is based on the story of Zodiac, one of America’s most famous never-caught serial killers.

You play as Robert Hartnell, a San Francisco journalist who receives a phone call from the Zodiac. After surviving an attack from the psycho killer, you must unravel the details that surround the murders – listing to the voices of the victims in an effort to save their souls – which will lead you to discover one of several endings.

“We are very happy to work with Punch Punk Games again! Our last cooperation was Apocalipsis: Harry at the End of the World, a unique medieval-inspired adventure experience. However, With This is The Zodiac Speaking we enter a completely new field,” explains Klabater joint-CEO, Michal Gembicki.

“We try our best to publish games that somehow relate to [the] human condition in general but also focus on the fate of concrete individuals. The] 1970s in [the] USA was a period of radical social unrest and divisions, it is an ideal background for a compelling and mature story.”

This Is The Zodiac Speaking will release on the Nintendo eShop for Nintendo Switch worldwide in 2020.