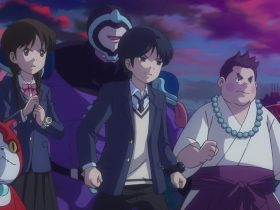 Bandai Namco Entertainment has revealed that Endeavor will be made available as a pre-order bonus for My Hero One’s Justice.

The hero that currently holds the number one spot, Endeavor has a raw, unrelenting and unbridled power that is only matched by the intensity of his anger.

His personality is reflected in his fighting style, where powerful and intense flames burst from his body to reduce anything that he touches to ash.

When unleashing his signature moves he will suffer huge recoil, but a successful hit will cause devastating damage to his opponent. He’s also skilled in mid-range combat, and it will take practise to master every aspect in his arsenal to crush your enemies without mercy.

My Hero One’s Justice will release for Nintendo Switch worldwide on October 26th, with Endeavor available as a pre-order bonus or can be purchased as downloadable content at launch.