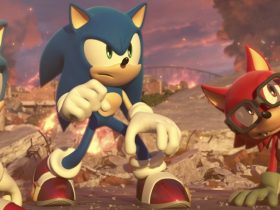 Bandai Namco Entertainment has confirmed a release date for My Hero One’s Justice 2 on Nintendo Switch.

The upcoming 3D fighting game is based on the smash-hit My Hero Academia anime, and will let players create a team of three fighters from a roster of heroes and villains.

The cast from My Hero One’s Justice is back and will now be joined by newly added characters from the series, such as Overhaul, Tamaki Amajiki, Nejire Hado, Mirio Togata, Mina Ashido, Minoru Mineta, and Sir Nighteye.

With these teams, you will then face off against rivals – whether that be offline, online, or against the computer.

There is also a new Side Kick Plus Ultra feature, which will now let Sidekicks execute their Plus Ultra attack when in battle.

My Hero One’s Justice 2 will release for Nintendo Switch worldwide on 13th March 2020.