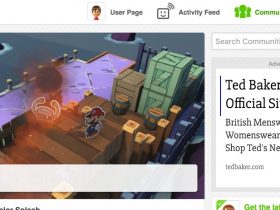 No Miiverse Or StreetPass On Nintendo Switch

Nighthawk Interactive, Devolver Digital, and DeadToast Entertainment have revealed that My Friend Pedro will receive a physical release at retail on Nintendo Switch.

My Friend Pedro is a game about friendship, imagination, and one man’s struggle to obliterate anyone in his path at the behest of a sentient banana.

With an incredible level of control over both your weapons and body, players can strategically use split aiming, slow motion, and the window breaches to create sensational action sequences.

You will twist and turn through the air while taking aim at priority threats or ricochet bullets top drop an unsuspecting gangster from behind in an explosive battle against the violent underworld.

And, to break it up, you can look forward to dynamic sequences like a thrilling motorcycle chase or for things to slow down for a moment to let you ponder how to solve physics-based puzzles.

My Friend Pedro is now available on the Nintendo eShop for Nintendo Switch worldwide on June 20th, and will release at retail on November 12th priced at $29.99.