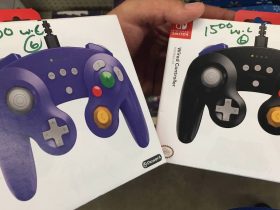 The Picross series has been a firm favourite in our household, it’s addictive logic-based puzzlery made all the more satisfying thanks to the pixelated images you’re rewarded with for all your deductive work. Whether we’re gradually piecing together an eagle, whale or even just a kettle it’s tough stopping yourself from jumping onto the next puzzle and revealing the next mystery. What if you took Picross though and combined it with a murder mystery storyline and detective elements? I’ll be the first to admit that this pairing never exactly crossed my mind, and even after hearing about it did I feel it necessarily a good mix. After playing through Murder by Numbers though, I’m totally on board. In fact I’m now open to seeing more unexpected genre mashups with the grid-filling puzzler.

We step into Murder by Numbers as Honor Mizrahi, star of a hit detective show who finds herself unceremoniously fired by her boss. Moments later his deceased body is discovered in his office – cue dramatic music. With her name on the short list of suspects, Honor and her robot companion S.C.O.U.T. put their detective skills to the test and try to find out the real murderer. Spread across four chapters (or cases), each one advancing the story and surprising with twists and turns aplenty, you’ll meet a cast of unique and often amusing characters.

Cases will often guide you through long stretches of dialogue broken up with moments where you’re able to explore locations for clues and question others for useful information. The game is a fairly linear experience overall but in my opinion it helps keep the flow of the game moving with rarely a moment where I didn’t know where to go or what to do next. Navigating different environments is as simple as a quick menu select while actually investigating a room for clues is done by moving a cursor around in first person until it starts beeping. This signals a clue is nearby and throws you into a puzzle.

Breaking up the sessions of dialogue are nanogram puzzles that if you’ve ever played games like Picross should feel extremely familiar. Here you’re tasked with filling the correct squares within a grid (these range in size, the tougher ones obviously being much bigger) based on information you’ve been given for each row and column. You’ll gradually chip away at a grid, the filling of one row then offering enough information to fill another not too dissimilar to that of a Sudoku puzzle. Whether you’re coming to nanogram puzzles for the first time or are well practiced, Murder by Numbers does a great job accommodating both groups. The game’s introduction eases you in nicely with decent explanations accompanying a handful of simple examples while hints can be used to help during some particularly troublesome puzzles. The difficulty curve soon picks up though but in a satisfying and non-frustrating manner.

Completed puzzles reveal pixelated images of objects and evidence, from a simple fingerprint to a magazine or hair dye. These will then be added to your inventory ready to pull out in a conversation to help advance the investigation. It’s a simple but fun system that forces you to think about how your latest discoveries might help you in questioning a suspect. Perhaps showing a discovered bottle of hair dye to the hairdresser might be good idea?

Completing puzzles without hints earns you more points that throughout your investigations will accumulate and unlock further puzzles. These are accessible from a menu and prove to be some of the tougher examples in the game – perfect for those looking for a challenge.

From top to bottom, the game’s presentation is fantastic – from the bright and colourful 90s style that oozes from every angle to the characters and their memorable designs to the excellent and bouncy soundtrack (from composer Masakazu Sugimori of Ghost Trick and Ace Attorney fame). Special mention must also go to the game’s opening video which perfectly captures the essence of 90s sitcoms in both sound and style. All this just further cements Murder by Numbers as a truly unique and surprising experience.

My time with Murder by Numbers has rarely been anything but compelling but there are a few things that have bugged me. When conversations skip ahead before I’ve had a chance to read the last line of dialogue for example or the rather abrasive snapping noise that hits every time someone interjects or says something loudly. These are small thing sure, but present enough that at times I became very aware especially if they occurred frequently in the same conversation. Speaking of, some dialogue heavy sessions can drag the pace of the game down a little too much for my liking. While discussions are often engaging, there are moments where things are perhaps over explained or a little too irrelevant. An extra puzzle or two may injected between may  help break things up slightly here.

Murder by Numbers is a weird and wonderful recipe that successfully merges nanogram puzzles with some light detective mechanics and an entertaining murder mystery-style visual novel. The end result is a truly original experience and one that takes an otherwise straightforward puzzle-type and moves it in an exciting and surprising new direction.