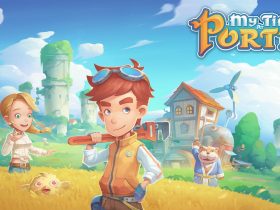 My Time At Portia Comes To Nintendo Switch On April 16th

DNA Studios has announced that their multiplayer physics-based tower building game Tower of Babel will release on Nintendo Switch.

You must work with your friends and family to build a tower, but be careful as whoever makes it collapse loses the game.

There are four modes in Friendly, Selfish, and Battle modes, and an Online mode that will let you play against other Nintendo Switch owners around the world.

To make things more interesting you can cast magic spells to hamper your opponent’s moves, which is more suited to alliance games.

Pro Helvetia has helped with the port to the portable home console, which will also add new content such as spells and skins, a reworked interface, and the online matchmaking.

Tower of Babel will release on the Nintendo eShop for Nintendo Switch worldwide in Fall 2019.