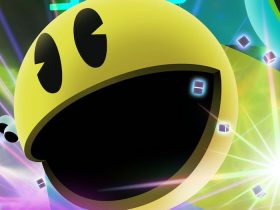 Milestone and Dorna Sports have announced that MotoGP 20 will release on Nintendo Switch next month.

Set to release a few weeks after the official MotoGP Championship starts, you will have the chance to participate in the 2020 season, race against MotoGP champions or get into the boots of a young rider – challenged to climb your way up from the Red Bull MotoGP Rookies Cup to reach the top class.

The traditional adrenaline-filled gameplay returns “with a more strategic and realistic approach to races,” with the Managerial Career also making a comeback.

There’s also the chance to play a key role in bike development, improving the performance of different bike parts, earning and spending development points and allocating your research and development staff to help you reach the highest level.

The developer has worked hard to make the gameplay much more strategic and realistic,” which has seen them add new features like fuel management, asymmetrical tires’ consumption and aerodynamic damages that will impact bike’s aesthetic and performances.

MotoGP 20 will release at retail and on the Nintendo eShop for Nintendo Switch worldwide on 23rd April 2020.