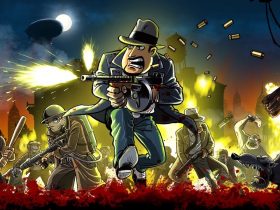 Warner Bros. Interactive Entertainment and NetherRealm Studios have announced that Terminator T-800 is now available to those that own the Mortal Kombat 11 Kombat Pack.

With the likeness of legendary actor Arnold Schwarzenegger, the Terminator T-800 is the ultimate cyborg assassin and has been sent back in time from a post-apocalyptic future.