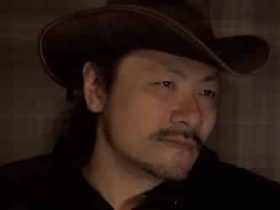 The Pokémon Company International have shared a short video clip that sheds further light on the recently revealed Mewtwo lookalike.

At just 12 seconds long the animated clip sees Mewtwo consumed by a pillar of blue light, to then re-emerge as the as-yet-unnamed new legendary Pokémon.

Speculation points toward a new evolution, but with no official word we’ll have to await confirmation.

Pokémon X and Pokémon Y will release globally for Nintendo 3DS in October.