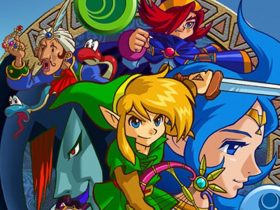 The Legend Of Zelda: Oracle Of Ages Review

Capcom have shared that sales of their thrilling Monster Hunter series have surpassed 32 million copies worldwide, tallied from when it first launched on PlayStation 2 in 2004.

While those in North America and Europe have only just begun a new adventure in Monster Hunter 4 Ultimate, the Nintendo 3DS exclusive has itself passed 3 million sales across both retail and through the Nintendo eShop.

That success has largely been spurred by Japan, where 2,460,920 copies have been sold at retail alone as of last week. Capcom have longed to strike a similar chord with western audiences, and will be hoping that Monster Hunter 4 Ultimate will be the breakthrough that they have been waiting for.

Partnering with Universal Studios Japan, Capcom have been holding events such as Monster Hunter Festa’ 15 and Monster Hunter The Real 2015 in their continual promotion for the game, accompanied by TV commercials.

Within our review, we wrote: “With a righteous roar, Monster Hunter 4 Ultimate propels you on the most breathtaking hunt to have ever graced the series. Capcom went back to the drawing board to address many of the criticisms that it has faced over the years, commendably delivering a wholesome adventure that is deserving of the hours that many will pour into it.”