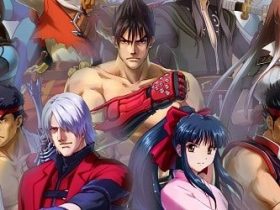 The game is due to release for both Wii U and Nintendo 3DS, with saves able to be transferred between the two.

Players will take on the role of a hunter sent to explore a settlement, completing quests along their journey that see them seeking and slaying monsters which in turn allows them to improve skills and earning equipment upgrades.

The Wii U version also grants players the ability to play with up to four players online.

Monster Hunter 3 Ultimate will release across North America on March 19th, and Europe on March 22nd.