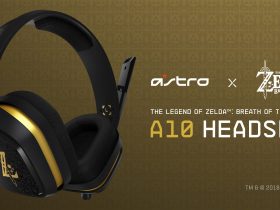 Monolith Soft has started to recruit programmers, designers, and technical artists to work on the next game in The Legend of Zelda series.