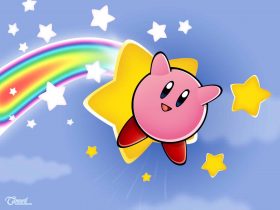 Kirby TV Channel to launch across Europe tomorrow on Wii

This past week has seen a swarm of rumours emerge regarding an impending announcement at E3 from Nintendo, in relation to a now expected reveal of a new home console from the company.

Whilst it has been hard to divulge fact from fiction, alas everything in itself seems entirely shady, the comments of legendary game designer Shigeru Miyamoto during an interview in Paris this week has all but teased that Nintendo may indeed be readying some form of announcement, by expressing “I admit that there is no smoke without fire.”

“Yes, I saw rumours speak of “Café,” Miyamoto commented in an interview with Gameblog.fr (via a dodgy Google Translate!). “At the time, I want to say it’s normal. (…) Our job is to design new machines. We believe it takes 5 years to make the R & D interesting. Afterwards, I admit that there is no smoke without fire.”

He continues, “We must realize that we spend our time developing in-house gaming consoles. (…) But we should not believe everything we read…”

So, there’s definitely something on the cards but as to whether we’ll hear about it at this year’s E3 conference remains unclear. Still, we couldn’t be any more excited than we already are!