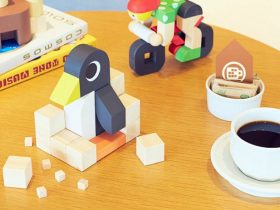 Picross 3D: Round 2 Headed To Europe

As part of his interview with Justine Ezarik,
Shigeru Miyamoto shared more insight into how Nintendo are putting the Wii U GamePad to use in next year’s Star Fox.

“I’m working on it and playing it every day, so my hands hurt!” Miyamoto joked in response. “With Zelda we’re using the [Wii U] GamePad for the map features, and it’s very handy for that. But with Star Fox we’re doing something very different.

“What we have on the GamePad screen is a cockpit view, and on the TV screen you’ve got a third-person, more cinematic view. And, as you’re playing, what you’ll find is that you’ll spend your time looking back and forth between the two – when you want to see the really cool cinematic visuals as you’re playing you’ll look up at the TV screen, and when you want to get really serious about battling an enemy you’ll look down at the cockpit view.

“And so it gives a lot of different perspectives in how you are able to kind of switch between the two, and play while there are these beautiful cinematics going on on the TV screen.”

Then quizzed as to who his favourite Star Fox character was, Miyamoto then jested that his eyebrows “kind of look like a fox.”