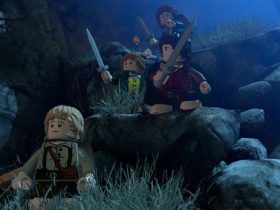 LEGO The Lord of the Rings release date confirmed

Whilst Nintendo still see the Electronic Entertainment Expo (E3) as a key event within the year, the company will look to make more announcements outside of the show.

“So I can’t today make any promises of what we’re going to do at E3, but I think, this in particular is going to be a year where we’re seeing more regular announcements from Nintendo about what’s coming and that someplace within the announcements that we’re making, hopefully we’ll have something to share about NFC.”

Of course, this is something we’ve already steadily seen throughout the year, the company’s Nintendo Direct presentations garnering much buzz and attention from consumers and press alike.

He closed, “But as I think Mr. Iwata has been saying lately, where we do see a tremendous value in E3 is it’s a place where people can come and they can actually get their hands on and try the software we’ve been talking about, so I think that’s what people can look forward to at E3.”