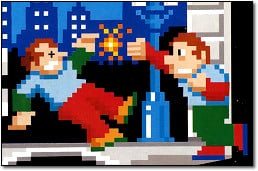 As promised, Shigeru Miyamoto made an appearance on last night’s GT.TV, discussing Nintendo’s plans for the Year of Luigi.

With Luigi’s Mansion 2 (Luigi’s Mansion: Dark Moon in North America) soon releasing, host Geoff Keighley posed the question as to why the game had been developed for Nintendo 3DS rather than the company’s latest home console, Wii U.

“Actually, when we first developed the GameCube game one of the things that we really wanted to do in developing that game was to see the visuals on a 3D screen,” Miyamoto explained.

“At the time we experimented with a 3D monitor and looking at the game in 3D, and that actually ties to how we actually got to release the Nintendo 3DS.

“So we thought the connection between the two was really important and we wanted to bring Luigi’s Mansion, in a new version, to Nintendo 3DS where those 3D visuals could really come to life.”